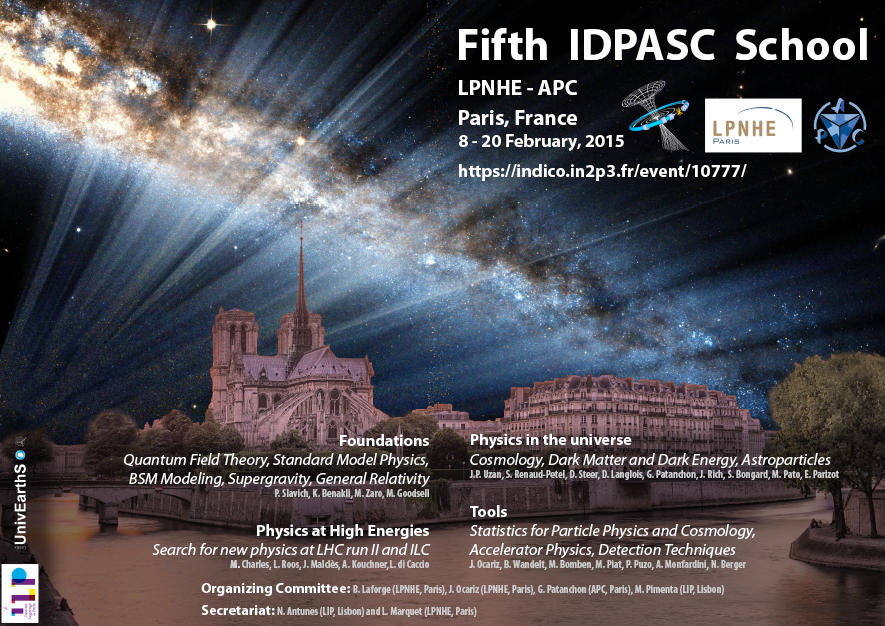 The IDPASC Network is organizing its annual European school in Particle Physics, Cosmology, Astroparticle Physics and Astrophysics in Paris from February 8th to 21st, 2015.

The 5th edition of that school welcomes 30 students for a two weeks period and offers a broad scientific education on the topics covered by the network. The students will benefit from classes given by high-level experts in the fields of Particle Physics, Astrophysics and Cosmology.

The program is built on 4 main courses :

The school is based on a schedule that offer both theoretical and experimental presentations together with the special organization of hands on and tutorial classes.

The classes will be organized both at LPNHE at Laboratoire de Physique Nucléaire et des Hautes Energies (LPNHE) on the campus of Université Pierre et Marie Curie (UPMC).

The students will be hosted at FIAP Jean Monnet (Paris) where they will also have breakfasts and dinners. Lunches will be taken at UPMC. The total fees for the two weeks are 500 euros including accommodations.