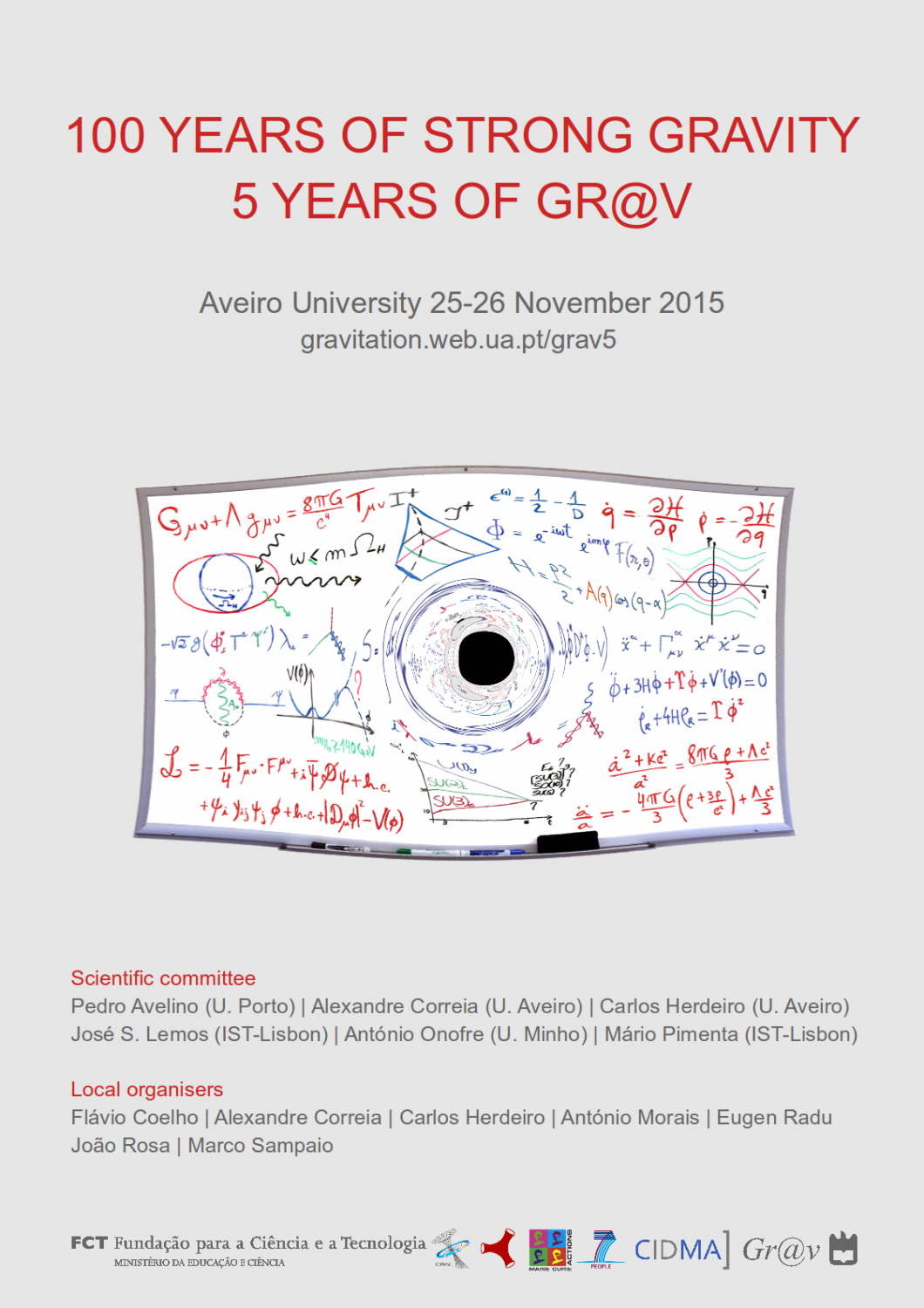 On November 25th 1915, Albert Einstein presented to the Prussian Academy of Sciences, in Berlin, a paper with title "Die Feldgleichungen der Gravitation", with the final form of his field equations. This concluded his formulation of the General Theory of Relativity, the relativistic theory of gravity, which revolutionized our understanding of space, time and the Universe.

To celebrate the centennial of General Relativity and simultaneously celebrate five years of the Gravitation Group at the University of Aveiro (Gr@v), established in the Fall 2010, Gr@v will organize a two days event, on 25-26 November 2015. This event will also mark the closing of the "Numerical Relativity and High Energy Physics" Marie Curie IRSES action, an international partnership which was coordinated by our group that ran over the period 2012-2015. Finally, the event will also be integrated in the IDPASC doctoral programme.