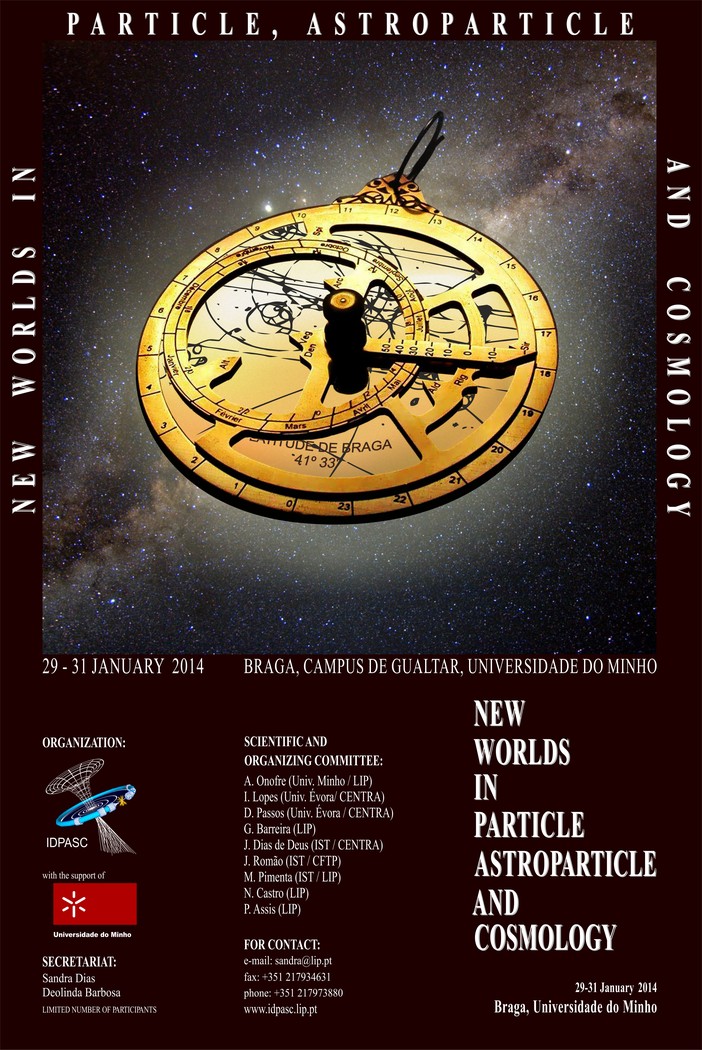 The “New Worlds in Particle, Astroparticle and Cosmology - 2014” workshop will be held in Braga (Universidade do Minho) on the 29th till the 31st January 2014.

These Workshops inherits the spirit of a long series of “New Worlds in Astroparticle Physics” workshops held, from 1996 to 2009. The idea was “bringing together, in an informal atmosphere, experimentalists and theorists in the joint field of Particle Physics and Astrophysics”. Time has evolved and the Portuguese scientific community in these fields has grown in number and above all in competence and responsibility but, the scientific and political challenges in a time frame of 10 years are enormous. The future, as always, had to be built! Hence we considered that it was the moment to organize a new series of workshops, now including explicitly “Particle Physics and Cosmology” and taking profit of the framework of the IDPASC network. Young senior scientists with a recognized scientific curriculum who wanted to contribute to the development and consolidation of these fields in Portugal are strongly encouraged to participate in the Workshop. The first of such Workshops was held in December 2012, in Lisbon (http://www.idpasc.lip.pt/course/view.php?id=58) and counted with the presence of several scientists. Encouraged by the this previous Workshop we decided to promote the “New Worlds in Particle, Astroparticle and Cosmology - 2014”.