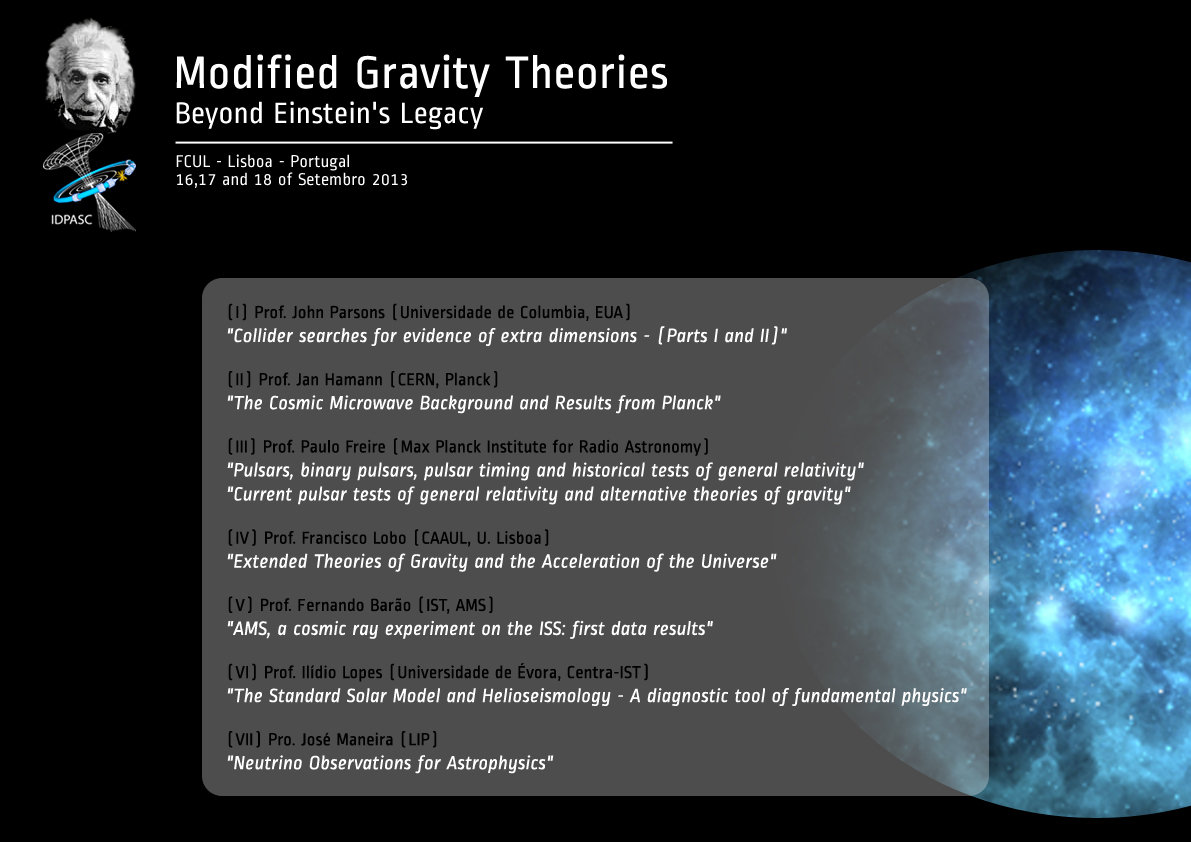 Gravity Theories extending General Relativity have attracted a great deal of interest since the advent of Einstein's theory. The first attempts sought to unify Gravitation and Electromagnetism and were followed by the search for a grand unified theory that would also merge the weak and strong nuclear forces. More recently, the previous endeavor has been augmented with the possibility that Modified Gravity might explain the current accelerated expansion of the Universe.

Indeed, relatively simple extensions to Einstein's General Relativity can deliver an accelerated Universe without resorting to the inclusion of exotic matter such as the cosmological constant or, in general terms, dark energy.

Numerous studies have been devoted to the investigation of issues such as extra-dimensions, variations of constants, …

The meeting stems from an International Doctorate Network in Particle Physics, Astrophysics and Cosmology --IDPASC and aims at

Setting an appropriate atmosphere for an open and constructive discussion on

In this framework, the meeting will consist of a mix of invited lectures presented by specialists in the various fields, supplemented by tutorials, and short communications delivered by the young researchers and students.

It will take place at the campus of the Faculty of Science of the University of Lisbon on the 16th, 17th and 18th of September of 2013. (see Venue)